Winter finally manifested itself in our region…though it depends on the person wanting to view it as fortunate or otherwise. We have had an inch of snow for a 3-day downpour…and as they say it’s like winning 10 cents in the lottery! ^_^ Not much snow photos to show this time around then. And as the kids’ semestral break came, I had planned for us to go about the city, eat and explore museums. Unfortunately, I fell sick on the first day the snow came (bummer!). So the kids and I only had the chance to visit a hole in the wall restaurant serving home-cooked Japanese goodness! The restaurant, called Kuishimbo, is owned by a Japanese couple who acts as chef (husband) and server/cashier (wife) and they are with their 2 sons who help overall as well.

Before actually going, I researched and called the establishment. A lady answered the phone and I asked if it’s alright to bring the children along as I’ve read that it’s not a good place for kids, she said yes. I was surprised and I understood why it was so when we arrived. The place is very narrow, only 9 people could be seated inside – in the cold season. In summer though, they have outside seating. The lady I had talked with earlier greeted us upon entry and I greeted back in Japanese…from what little I know of. The place smells very Tokyo, well how I imagine it to be with the small space and the interior – very Japanese!

We had to wait a bit to be served…as soon as we did, we ordered from the menu (adorably plastered on one side of the wall – in Kanji, romaji and German). As certain as the sun rising in the morning, my daughter ordered miso soup…I asked if they might like takoyaki and I was answered with a resounding “yes!” So we got two orders of it (5 balls each).

The miso soup came in first…just hot enough for one to start sipping it soon and not wait long…I guess it was calculated by the chef so guests will not stay longer inside and make way for other customers….hehe. Like she always would, my daughter edged me to try her soup, that is when she was already feeling half-full…it was the first time that I had such silken tofu in a bowl of miso soup. I can’t remember at all if the ones I had before had the second-grade type of tofu or I was just not paying attention then. This bowl, I think, could be perfect as a Seme no Ryori (builds up the physical side of the human body) by One Piece chef Sanji…I was so full of energy after! 😀

Now, the takoyaki we’ve had before are the ones bought around Manila…bland and breaks down easily…those in Vienna are frozen ones I buy from the Japanese shop. I can distinctly taste the ginger, the octopus, the katsuoboshi and what else on first bite…so good…that’s all I can say.

The takoyaki came with hijiki, a type of seaweed salad. It tasted so good I could eat it a whole day and probably get to be slimmer as how much I want to in no time! But, there’s another side dish that’s equally tasty  – the sauteed spinach! It came with son 2’s chirashizushi on a bowl of rice.

Freshness right off the bat! The slivers of salmon, tuna and scallops were so ace, my little boy finished all these save for the scallops which he find a bit too salty…this may look small in the photo but it’s quite a big serving – pardon that I wasn’t able to take photos with my camera…the space around the restaurant made it impossible for me to pull it out of my bag so I only used my phone.

I love how they served food on this tray along with the condiments…gives a lot more Japanese feel to it.

My choice would be teriyaki chicken. Mind you, I haven’t eaten rice for a long time now and was really  happy that I could mentally go on through the day without it…haha. But being sick made me prone to eat just about anything that I had avoided – rice, sweets, meat. Yes, I was on a raw diet for some time…so do forgive me and let’s get on with the menu.

Who could say no to tender, tasty chicken with teriyaki sauce? Double this yummy rice-meal with the hijiki and you might forget how long you haven’t had rice. ^_^ My daughter and I shared this meal – she said she loves how it doesn’t taste the same as the ones we usually have when out. With her two thumbs up, she was saying she got all full easily.

Next comes son 1’s bowl of kitsune soba (fox soba). He originally wanted ramen but they unfortunately don’t serve it there…mostly udon and soba in different dishes. This bowl had vegetables, aburaage (deep-fried tofu) and naruto kamaboko in it – much to son 1’s delight. It was a rather big bowl that we took home more than half…enough for one with a big appetite! The soup  went well with the soba, much different than what I would have with ramen so I recommend to try this one if you’re up for soup.

I had to tell the friendly Japanese lady that my son is not a “Kuishimbo” (glutton – someone who eats a lot) and in Japan, parents lovingly call their kids as that…thus, the restaurant’s name…perhaps.

Since there’s very few seating at the restaurant, we were like eating hurriedly to give way to other diners who were building up in line…but, it didn’t stop us from having dessert. Seeing there’s matcha ice cream (green tea) – I made sure  that I’d have extra space for it. We also got the black sesame ice cream, having had both from another restaurant before.

And who can resist these two yummies even on a winter day? I know, sounds crazy but a japanese dining experience wouldn’t be complete without them…had they serve mochi ice cream, I’d have them too but these two are totally a sugoi (awesome) way to end a meal. Gochisousama deshita!

Join us over at Food Friday!
— 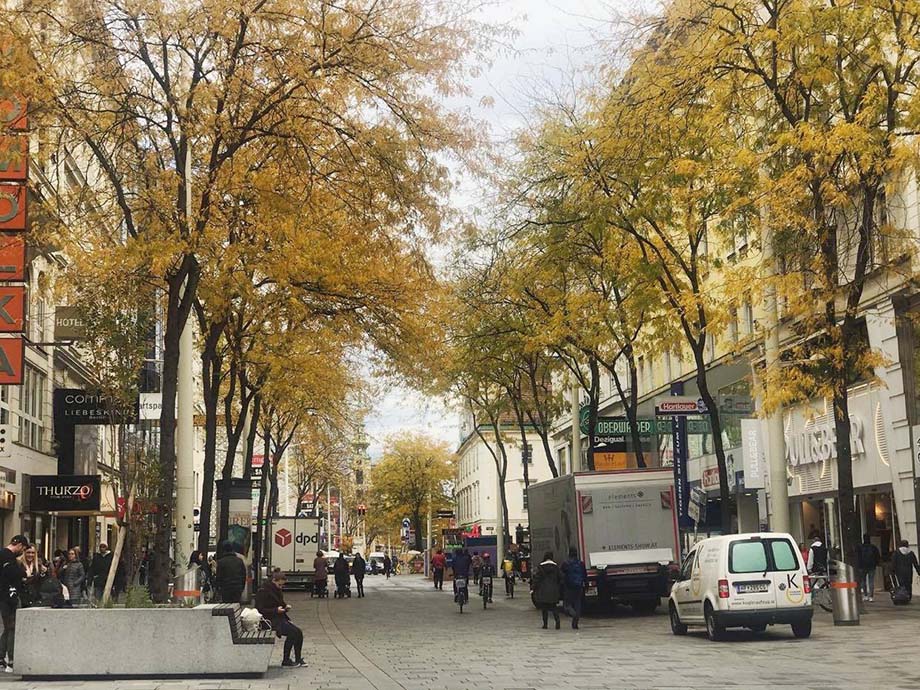 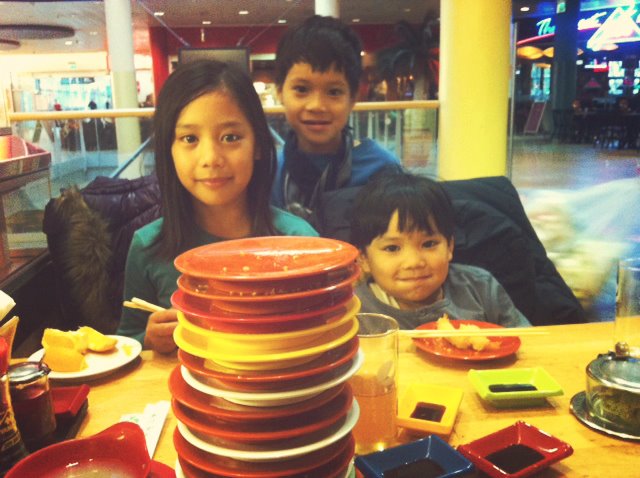 Nice day to be out. #SunnyDay #Vienna101Facets #